Special Guest: Historian and Curator of the International Spy Museum

Dr. Vince Houghton is the Historian and Curator of the International Spy Museum. He has a PhD in Diplomatic and Military History from the University of Maryland, where his research centered on US scientific and technological intelligence (nuclear intelligence) in the Second World War and early Cold War. His Masters, also from the University of Maryland, focused on the relationship between the United States and the Soviet Union. He has taught extensively at the middle school, high school, and university level, most recently at the University of Maryland, where he taught courses on the history of US Intelligence, US Diplomatic History, the Cold War, and the History of Science. Vince is a veteran of the United States Army, and served in the Balkans, where he worked closely with both civilian and military intelligence agencies in several capacities. 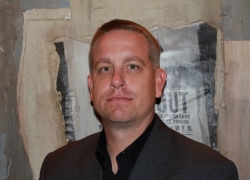